Game of thrones to Malta !

From Ireland to Morocco, through Malta, Iceland and Croatia, the Game of Thrones saga has travelled around the world to pick the best places to film. We’re all accustomed to the dramatic, awesome and simply beautiful corners the production house uses for the series. Many are
grandiose and feed the imagination of fans around the world. Did you know that ten notable places in the series have actually been sourced from the Maltese islands? We’re taking you on an unordinary visit around Malta…. through GOT episodes!

Remember Ned Stark’s head rolling to the ground as his daughters watched in the dramatic display that clinched us all to this awesome series? Well, blame Manoel.

Rediscover some of your favourite GOT scenes simply by taking a stroll in the city! 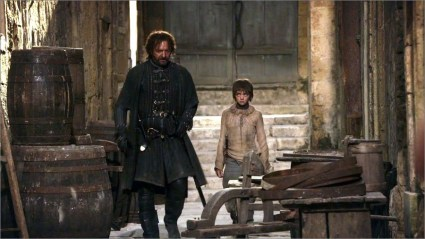 The dungeons of Fort St Angelo are used in the fifth episode. Precisely, in the scene in which Arva discovers the incoming Dothraki attack by listening to a secret conversation. 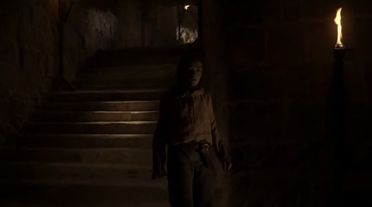 The beautiful medieval city of Mdina was once the capital of Malta. It has witnessed many shots in its little streets. The entrance of the city is used for the entry of King’s Landing. 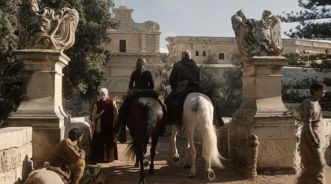 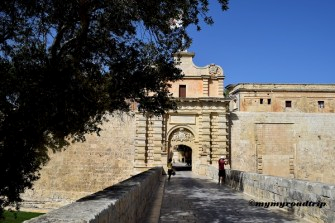 Square Mesquita is the place where Ned Stark et Jamie Lannister fight. It’s a beautiful place to visit and is reminiscent of Malta’s history. 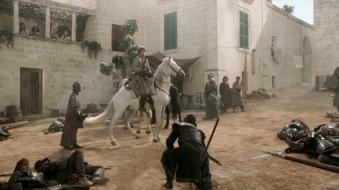 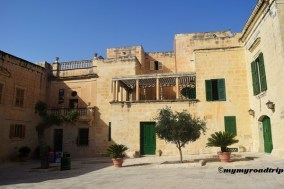 5) Fort Ricasoli: the gate of the Red Keep :

This gate is very impressive. The stark family and Robert Barathéon arrive by this door to kings landing.

We can also see the gate when Arya tries to enter in King’s Landing during the Wolf and The Lion episode.

6) The St Dominique monastery in Rabat :

The St Dominique monastery was used as the interior of the Red Keep, where the apartments of the King's Hand are located. In the gardens of the monastery (which by the way is to this day still functioning as a monastery), we can recognise the place where Ned Stark confronts Cersei on his incestuous relationship with his brother Jamie Lannister and threatens to reveal everything. You know the rest… Or did you forget? 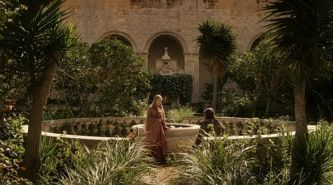 Built in the 16th century as the Grand Master’s residence, it is today the current residence of the President of Malta. Recognise the Red Keep when Ned Stark arrives at Kings Landing? Aha! 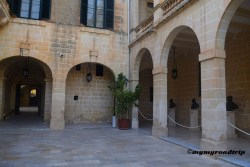 The presidential palace has three magnificent gardens: one reserved for the president, the second is used for cultivation, and the third is open for the public to enjoy walks in its luscious plants. Many a scene was filmed here.

After Khal Drogo collapses in episode nine (S1), the Dothraki and Daenerys set up their camp here. This is also where Daenerys enters the burning pyre and survives unscratched, leading to the tenth episode Fire and Blood.  out without injury in episode ten "Fire and Blood". Behind the camp, the sea has been replaced by more desert.

Our sister island has also featured in the series, as Dwejra and the Azure Window served as the setting for Daenerys and Khal Drogo’s wedding.  In the background, you’ll see the sublime limestone arch, which, unfortunately has since then collapsed; on the 8th of 2017, it collapsed after a big storm hit the rock tirelessly giving way due to the erosion that had already eaten up much of the rock. 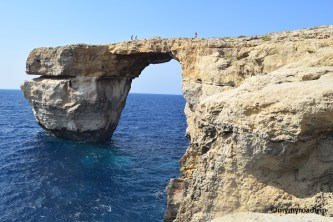